Paranoid personalities in the Legislatur

To the Federal Ministry of Health

To the Minister of Health

Please let this document be translated in many languages and be handed over to Mr. J. S. and the corresponding* persons. The German language document you may find here!

Abstract from the Internet:

Spahn: "We do not want to advertise the termination of pregnancy" "

With this compromise, the grand coalition finds a well-rounded balance," said Federal Minister of Health Jens Spahn on the planned addition to paragraph 219a. “Women who seek help in conflict situations need to know which doctor to contact. Abortion will not be advertised in the future. Abortion is not a medical procedure like any other. "

Today my person would like to start with the song "Wild geese rush through the night, with a shrill cry to the north", to make it clear to you again that you can see the writing on the wall!

For this serious reason, you and people like you should immediately bring all of these gynecologists and all of these volunteers of the information centres, that advocate  or even perform an abortion, under control of a psychiatrist with immediate legal effect and by mutual agreement by a judicial guardianship.

In each case a conservator for these named people must be provided, who will be responsible for the way of the sick people to see a psychiatrist and for the control of the strictly forbidden abortion in the respective practices and abortion clinics!

My person would like to or must explain the reason for this measure again in more detail, as there seems to be no other option at the moment, since my Cudgel  is obviously "still in progress"!

If, as a doctor, you want to help a person, mostly affected adolescents, young women or mothers with several children, career women or sick women or even mothers to be expecting an ill child, by prescribing or advocating an abortion, then you do regulate always yours willingness to help and the resulting material earnings at the high cost of an unborn person in one`s most defenseless form, by killing the life of this person to be expected and growing up in the womb, whereby Creation is always and fundamentally involved!

As the treating physician or as a so-called doctor, first of all, you win high gratitude for this intervention in Creation from the affected persons; You get recognition from the broken societies and you get your secure accounts from the health insurance companies and a future-oriented task with various employees in an expandable and sought-after practice.

However, what is concealed from the affected mothers is a certain lack of knowledge and uncertainty about the risks of monumental things and processes due to just a single abortion.

With a certain degree of certainty it is not only the mother and her family, whose are primarily involved, but also the father or the begetter and his family of the child, who was killed by an abortion, are involved, too.

Furthermore, every thinking person should actually know or be able to recognize, that the beginning life in the womb should not be considered as the property of the "wearer" if life has already "established" oneself, but it is a part of Creation and for that Part in the body of a person, the mother-to-be has become responsible and is responsible for the well-being of new and growing life.

Often an "actual" mother cannot erase from memory the abortion she has already done and thinks too often about the child who could have been born. The sex of the child is visibly known to most expectant mothers of today before an abortion and thus even a determination of a person has already become recognizable and real.

This can also lead to the fact, that many new mental illnesses can arise.

Now one wonders seriously, what causes a person in a responsible and trustworthy position as a contact person for pregnancies, primarily a woman and a doctor, be advocating an abortion?!

These are the questions that a psychiatrist should have asked a long time ago and that should be answered by an intelligent person, who deals professionally with the soul or psyche of a person.

What is going on in these people and why do these people want to get involved in society at the highest cost of another still unborn person?

What has happened to these people in the course of their lives and where and when was the point that could have caused such behaviour?

Most of the time, the cause can be found in the respective family life and thus in childhood, in that the mother had to bear the burden of the children and the marriage.

Such behaviour often is connected with severe disappointments, which mostly lack of attention and lack of care in childhood and often will be affect the love life, or is connected with the own deficits, that has set on oneself and could not be achieved, but often it is complete simply the missing father image of a person!

As a rule, the man in the house is missing, and this is especially true for a boy and not just for a girl.

Thus, the sense of justice of these groups of people often disappears or shifts, since the basic stabilization of a person was limited by the lack of a role model for a man or father, and the result often is an artificially appropriated and exaggerated self-esteem, which is then determined by the desire or goal getting into a position of power.

This described power position of the advocates of abortions and their henchmen is no longer compatible with a healthy mind of a person, since the sick mind of the person is directed against the life of a person, and this threatened life in one`s greatest defencelessness even does not can defend oneself!

Unfortunately, these expectant mothers do not even know, what happens or can happen to the aborted life on earth.

Those affected ones, whose want to have or hope for an abortion, usually know very well that there are enough practicing so-called doctors, whose want to get involved in this, our broken society and often also know, where the weak point of each other is or at least that there will be a weak point, because these doctors can identify with the request or matter of those affected ones and therefore seriously are holding their theses.

Of course, this also applies to people in the executive, judiciary, legislative and therefore preferably to politicians, whose will have basically said goodbye to the norm and can not do anything other than identify themselves through their ideas of right and wrong and often through an excessive need for validity, and accordingly against the basic attitudes of a person and a Christian will be passed legislation.

I do not know of any religious community or religion in the world that permits or even supports an abortion!

However, the fact that the state for the population, for social interaction through a social environment and for social coexistence should pass legislation but always ignore the fact, that there is something else for people and may be even more important for a person than life on earth, everyone in politics and business should work urgently at that point and not just rely on the consumption of consumers.

For this reason, only very few current politicians will be able to be called to the next higher responsibility, with the current minister of the ...... ... ...... try, Mr J. S, obviously having a special position, which includes a double-edged sword, and from now on has to adopt a two-pronged strategy, that he will kindly deal with the reality that always moves between "heaven and earth".

This can happen through the published "treasuries" of my person, whereby I always notice at least three points of view to this minister, but this special position was certainly not caused by my person, but there will certainly be a destiny !!

Simply explained: Every life has one`s justification and if a person, who has been killed prematurely is missing, the space designated is missing and his predetermined opposite pole can therefore not find his actual opposite pole on earth.

Thus, the place or the position, or inevitably the Essence/ Alien in the hereafter changes for many persons involved. 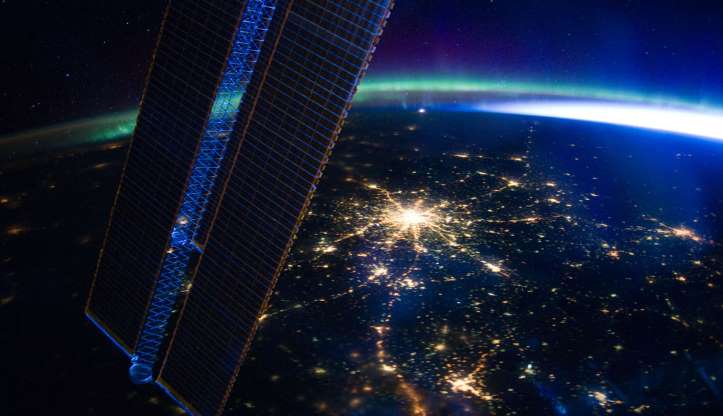 Since the whole thing is no accident and is certainly not harmless, my person would, if not otherwise possible, have the advocates or henchmen of an abortion put under resolution, for the protection of all people, by taking the right paranoids for a change to a psychiatry and possibly treated on site with pharmaceuticals and not only the wrong people should be transferred!

Of course and logically, the decision does not only apply to Germany, but it can be clearly seen almost everywhere in the world, that the man was missing from the house and for this reason a person was provided, who can lead the Cudgel worldwide!

But not only a "Cudgel leader" or Empress, but two other "Highly-born" Gentlemen with differently true titles were called up and made available to mankind, as well as a Royal staff was called up, which was named by my person indeed, but of course not was determined by myself and should have been confirmed long ago, which is consisted of the Royal Danish Ambassadors.

Occasionally, additional people from public or social life come to the staff, what will ultimately be decided by King J. alone, whereby the actual full power or the full powers has been given to the Emperor couple, preferably to the Emperor; at it the current whereabouts of a High-born One cannot be decisive in the end times.

Quite apart from that, at the end of the time there is certainly and logically a "gasified" exchange of blows, in which no less than myself should be involved, who would constitute a halo with at least twelve stars for me.

But I basically don't let that happen to me and without my pocket money, which I would still like to use during my lifetime and should partly use in the matter, but which is bound to two editions, I'm definitely not ready for a blow exchange.

HP .: Many other people worldwide will also have to risk their lives and their health and will probably lose in a part in order to ultimately win it.

A person with a common sense will have no other option in this regard, also because there are far too many sick people along the way, whose can again put others in very high danger!

HP.: Every single expectant mother, no matter whether it is a child mother, an ill child in the womb of a mother, or a pregnancy due to rape, should definitely and in all respects be helped from all sides in their difficult situation, whereby this girls or women get the best possible help, especially through long-term and financial security.

Note: So a state does not need to pick and choose the best ones from the fruits of other mostly poorer countries in order to maintain the prosperity of a sick society, which obviously wants to abide by the currently paranoid legislative power in order to have heaven on earth and to be able to enjoy and savor life more and more and longer !!